Founded in 1996, DynPro is a voice of experience in world-class IT Solutions. We are firmly rooted in technology and our expert IT professionals deliver tailored IT solutions to solve your business challenges. For over 24 years, DynPro has supported organizations across the globe while focusing on the right people, processes and technologies, our solutions are focused on delivering the digital core for organizations ranging from Fortune 500 companies to small and mid-size companies. The core practice areas include, Process Transformation, Data and Integration and Automation and Advanced Analytics.

Our offices in the United States, United Kingdom, India and Morocco provide an infrastructure and highly skilled Practitioners consisting of expert consultants and accomplished business leaders. 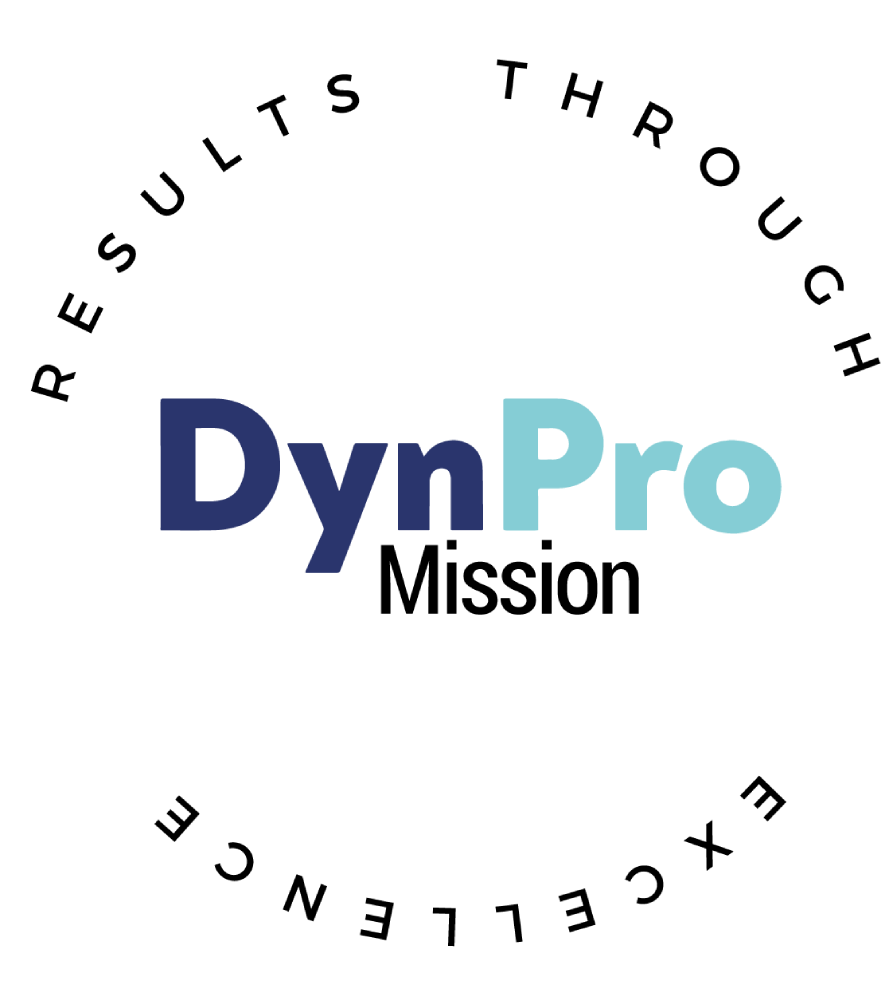 We strive to be a worldwide leader in Information Technology Solutions. Because DynPro is recognized for our expertise in select technologies, we creatively adapt and apply those technologies to solve our clients’ business and IT challenges.
As trusted advisors, we help guide and provide solutions for our clients. Because of us, they can navigate the marketplace, advances in technology, and the dynamically changing technology workforce. As corporate citizens, we are actively engaged and making an impact in our communities as individuals, teams, and our company. 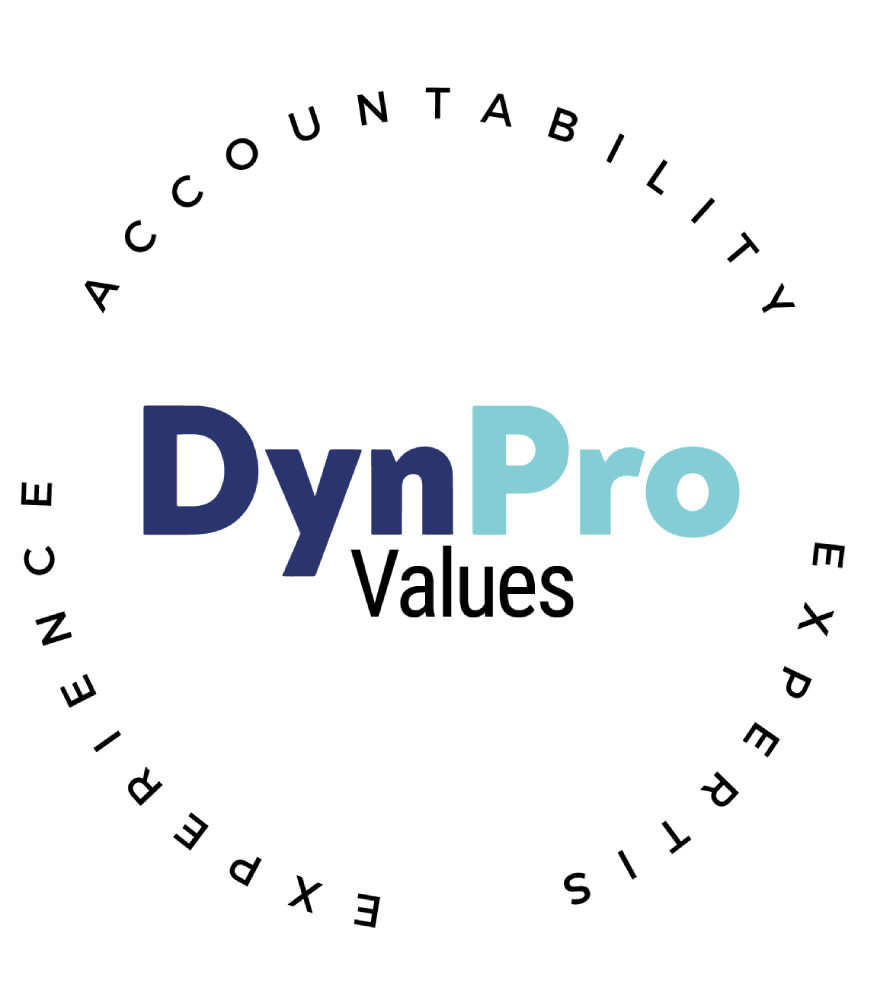 Most of all, DynPro knows that in the end, performing as a quality solution provider starts and ends with accountability. DynPro significantly values producing the right results for all of our primary stakeholders – our clients, our consultants, and our employees. At DynPro, we serve client needs and deliver results as promised, but we don’t stop there. We recognize the value our consultants and employees add to our team. We do our best to ensure that we provide challenging opportunities to facilitate personal and professional growth. At DynPro, we’re committed to client, consultant, and employee satisfaction.

Through 20+ years of experience successfully delivering IT solutions, DynPro has grown. We gained expertise in assessing, planning, and delivering the right IT solution to solve our clients’ challenges. We built our teams with consultants who have proven expertise and will add value to our clients by being part of the solution. Experts can save organizations time, effort, and money. As a result, they have the ability to quickly solve problems and provide robust and effective long-term solutions. 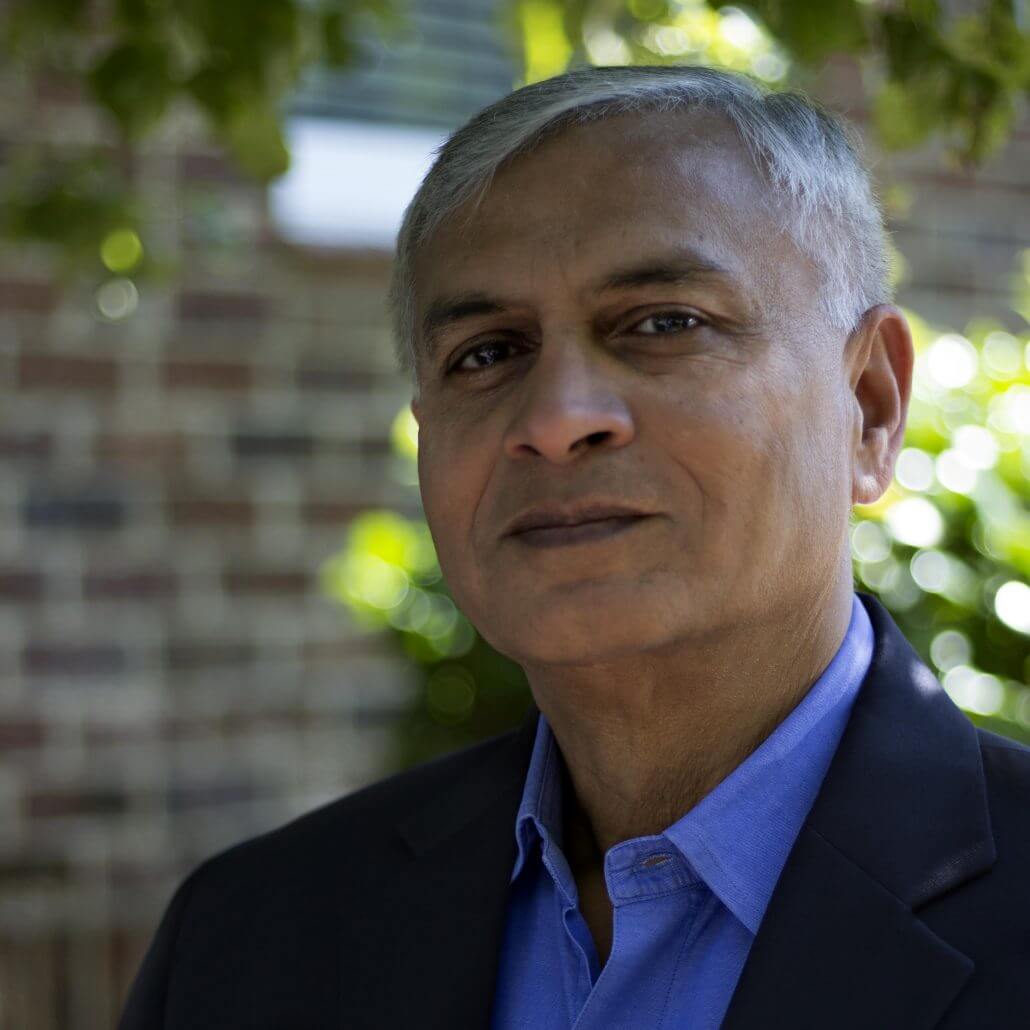 Dr. Dhruv Gupta has over 25 years of experience as a Researcher, IT Manager, Senior Management Consultant and as an entrepreneur. He has tremendous international experience, having worked for global corporations including National Australia Bank, IMI Systems and IBM, among others. Dr. Gupta holds a Doctorate from IIT Delhi and a Bachelor’s degree from IIT Kanpur.

Dr. Gupta co-founded DynPro with Mr. Jain in 1996 and continues to provide executive direction in the strategy and execution of the business. Dr. Gupta stays current in technology, is a database and systems expert, and is active in the oversight of many of our IT solutions. 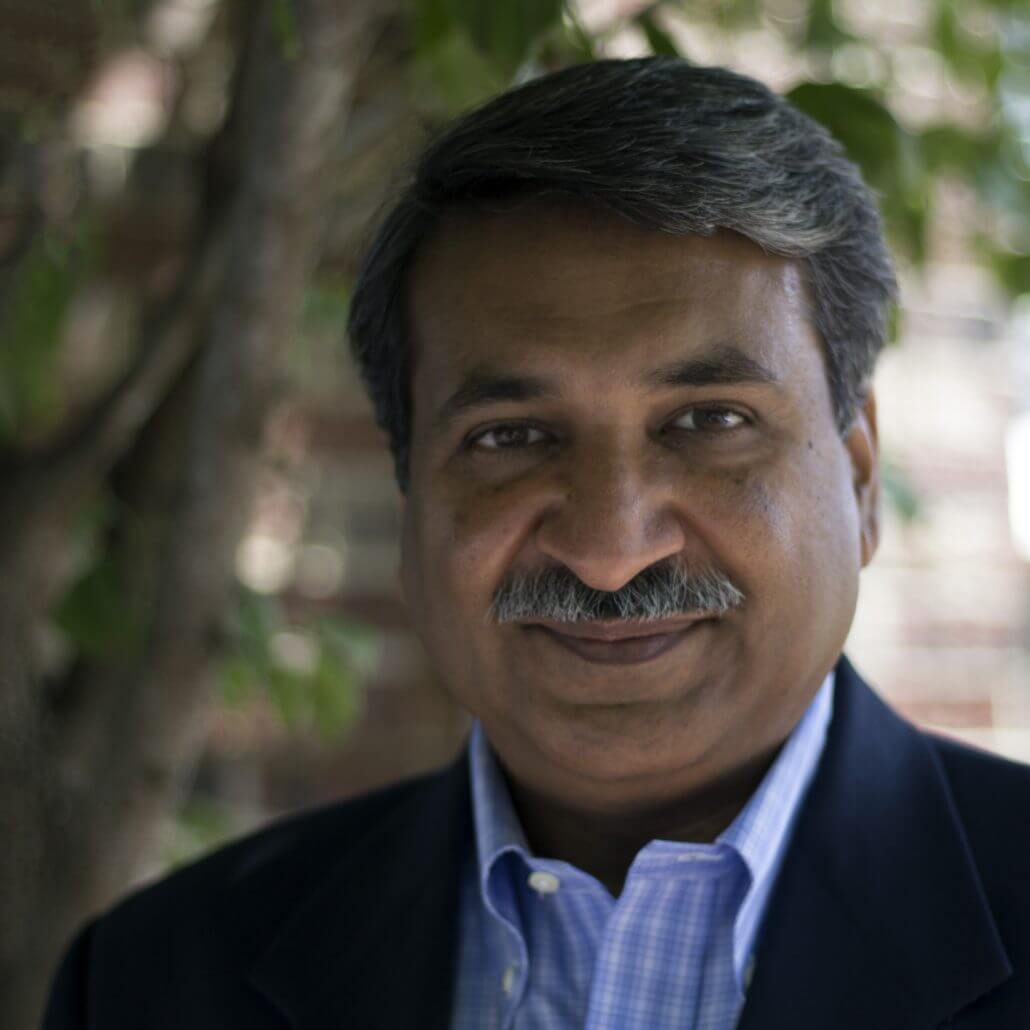 Sanjay Jain has been associated with the IT industry for over 20 years. He holds a computer science degree from Mysore University, and has been associated with various international companies involved in IT outsourcing. Mr. Jain brings a wealth of SAP technical experience and knowledge to the company.
Mr. Jain, together with Dr. Gupta co-founded DynPro and enjoys being active in the leadership of the US operation. Mr. Jain stays current in technology, has specialized in SAP solutions, and is active in many of our SAP solutions and IT staffing solutions. 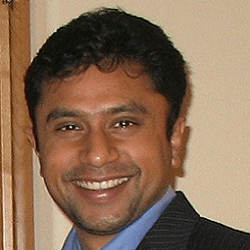 Shiv has close to 20 years of progressive sales and business development experience. Shiv joined DynPro in early 2000 and was an integral part of the growth during 2000-2006 before he moved out west to Silicon Valley. He returned “home” back to DynPro in late 2017 as a managing partner and head of sales. He has held sales leadership roles at fortune 500 companies like CenturyLink, ACS, Xerox and Accor Services. Shiv has expertise in developing and executing go to market strategies and driving significant topline growth for companies. He brings a combination of technical and business knowledge that helps customers execute transformational initiatives. Shiv has a Master in Business Administration from Ahmedabad, India, and a Masters in Information Systems from London. 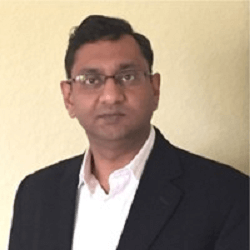 Andy Bhatnagar has over 25 years of broad consulting operations and delivery experience in the IT Consulting and Integration space. He is a results-driven Senior Executive with a strong combination of leadership, communication, problem-solving and analytical skills and a track record of growing and enabling consulting organizations. Prior to joining DynPro as a Managing Partner, Andy was VP- Consulting, Global IT Services at CenturyLink Inc. Prior to that he was a Sr. Director at Systech (Part of ACS- a Xerox Company), where he played a key role in Executive Management Team for over 9 years while running the company’s Professional Services business. Mr. Bhatnagar has built teams, systems, and processes that helped companies scale. He brings a deep understanding of technologies including SAP suite and Data Analytics and has a master’s degree in Business Administration. 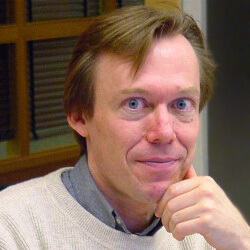 Gerald Rohling has more than 20 years of experience in the IT industry, starting in the early 1980s in the oil and gas industry where he developed new algorithms to support experimental exploration techniques in the far northern reaches of Canada. Mr. Rohling further broadened his experience by working in various aspects of the IT industry at the University of British Columbia, Kinetic Sciences Canadarm Research, Vizon SciTec, and Ericsson.

Mr. Rohling has extensive experience in software development, project management, customer relations management and enterprise solutions architecture on both the Microsoft and UNIX platforms. Gerald is a Certified Siebel Consultant and holds a Masters in Mechanical Engineering with a minor in Computer Science from the University of British Columbia. 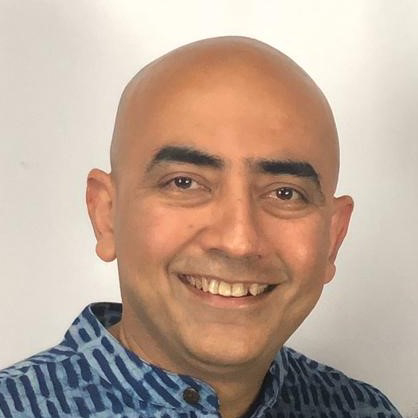 Global Delivery and COE.- Sanket Gulati is a results-oriented senior executive with a blend of capabilities in global service delivery, consulting, pre-sales and sales in SAP, Cloud, IT infrastructure transformation and Operations over the past 24 years As part of the Executive Leadership team at DynPro, Sanket heads global delivery for the organization. Sanket has also held leadership positions in fortune 500 companies such as CenturyLink, Infosys & Capgemini with specialized focus on Service Delivery, Operations and SAP on cloud solutions. He holds a degree in Electronics and communications from MS University, Vadodara. 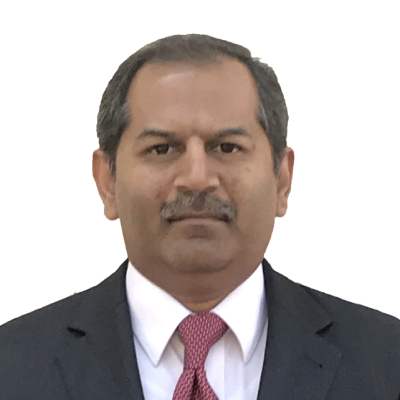 Susheel is a Sr. Executive with over 25 years of experience in operations, talent acquisition and resource management. He has been instrumental in working closely with internal teams to implement cutting edge technology as well as work closely with business managers to enable them to customize solutions for customers, optimize costs and manage large teams. Susheel likes to travel with family and friends and has a keen interest in global economy and solar energy applications. 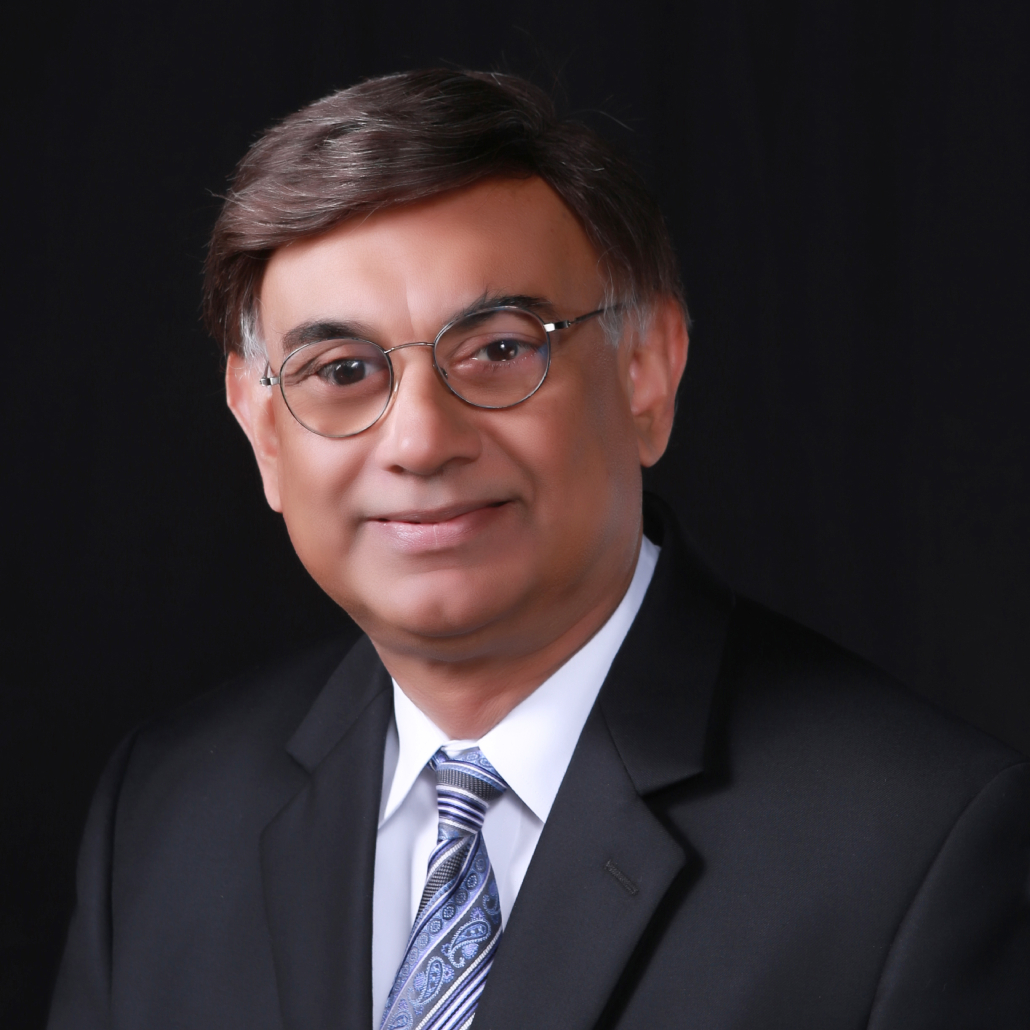 At Centurylink Girish was President of Global IT/Managed Svcs & New Market Development, where he created and led the business unit for new products including consulting & managed services such as digital transformation, IOT, public & private cloud, Security, AI, Big Data.
Previously, as Executive Vice President & CIO, he was responsible for driving the technology initiatives for business transformation. In this role, he also led the organization in integrations of large Qwest and Savvis acquisitions.

Prior to, Girish as the CIO at Qwest led the organization in enabling its major business turnaround to share growth and profitability. Earlier he was at IBM where he served as the VP of Global Applications Svcs and also built the Telecom Center, focused on creating new business & products for the telecom industry.

Prior to IBM, Girish was a senior VP & officer at AT&T, where he had a very successful 25-year career spanning AT&T & Bell Laboratories. At AT&T, he had the CIO responsibilities for business, network and local services. His technology career started at Bell Labs, where he held a number of technical & management positions including a vice president.

Girish holds a Masters Degree from Banaras Hindu University in India and a PhD from the City University of New York. He is also a recipient of numerous business achievement and software excellence awards & served on several boards/councils.